JJ Abrams is a director, writer, producer and screenwriter for television and the big screen.  A Hollywood jack of all trades, much like what an inbound marketer is typically asked to be.

As Internet marketers, we could all learn a thing or two from Abrams. Why? Because he is also a viral marketing genius. Abrams and his production company, Bad Robot, have reinvented how to market a blockbuster film.

Their creative campaigns have generated an online buzz like no other I’ve ever seen. The creator of shows like LOST and Fringe and summer blockbusters such as Cloverfield, Super 8 and the new reboot of the Star Trek franchise, uses viral marketing to add more intrigue to his already mysterious projects.

As a result, Abrams gains new fans, extra exposure and a ton of links. Blog posts, videos, dedicated forums and entire sites have all been created because of the excellent work his team produces.

Abrams is first and foremost a director, so it makes perfect sense that some of his best viral marketing campaigns have come from video.  His most recent video titled Stranger was just released earlier this week on the Bad Robot YouTube Channel.  For what project, we have no idea, however the video alone has spawned over 2 million views, dozens of blog posts and massive conversation on reddit.

What can we take away from Abrams’ bizarre teaser video?  A sneak peak of an upcoming product release can draw a lot of interest from people. Yet what makes the video so compelling is the fact that its still a mystery.  You don’t want to give too much away. This is what gets people talking.  Still can’t wrap your brain around how this would be relevant in a business setting?  Check out Nike’s teaser video McFly’s Closet.

These shoes from Back to the Future were actually available for a limited time from Nike.  The video helped Nike create a buzz for the shoes, which were sold on eBay and went for more than $3,500 a piece. 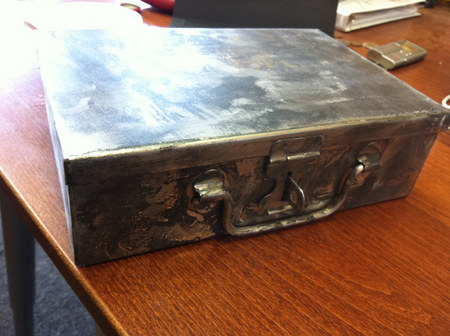 Last year, before the series premiere of his new show Alcatraz,  Abrams sent out an unmarked package (above) to a select number of influential bloggers.  Inside the package was a lock box with a series of clues to give bloggers more of an insight into the mystery behind the rock.

We invite you to inspect these artifacts from Alcatraz. Over the next few months, we will be looking to you, and your audience, to help uncover the mysteries of the island. 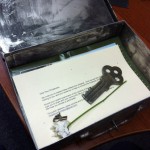 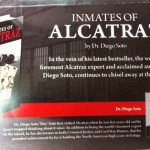 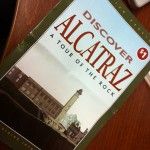 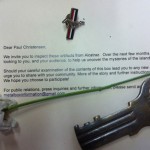 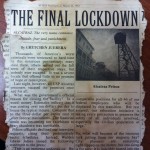 Bloggers went straight to the web, giving up their opinions and theories on what it all meant.  This is very similar to a more common practice in marketing, sending out a product for bloggers to review.  This is typically a very effective linkbuilding tactic.

How this differs and what I like about it is that the package was sent anonymously without a clear call to action.  Bloggers are then allowed to do whatever they want with their new present, which resulted in a slue of different types of media coverage.

One of the best reviewed blockbusters of the year was Abrams’ Star Trek: Into Darkness.  And even though Star Trek has a very big cult following and Abrams first film was well-received, it didn’t stop him first launching another viral marketing campaign.

In the first trailer for the new film, a URL flashed on the screen at 1:07 for AreYouThe1701.com.  Here users weren’t taken on a scavenger hunt, much like Abrams other campaigns, but a simple sign up form.

After they signed up there was a simple message that said, “Thank you. We will tell you when the search begins.”  along with links to the social media accounts.

This was a creative tactic to gain email addresses and fans.  But it didnt end there.  After finding a dedicated following, Abrams encouraged people to share anything Star Trek or future related on Instagram and Vine.  The chosen winners received prizes including a poster and 3D glasses that they could use to watch an exclusive trailer.

By using a sign up form to capture the email address of real fans, Abrams’ team was able to effectively target users that would be willing to participate.  This was much like how Moz handled the launch of their new Analytics platform.

Did you see noticed the hidden message in the trailer for Abram’s movie, Super 8.  Me neither, nevertheless at the very end a series of letters race through the camera lens which reads, “Scariest Thing I Ever Saw”.

This leads you to the website ScariestThingIEverSaw.com with a lot of nerdy things going on.  I’m not going to dig too deep into it, but this site does a terrific job of uncovering some of the riddle behind it.

While the site has some mystery to it and gives you new thoughts about what the movie could lead to, what it really is, from an online marketing perspective, is a great piece of linkbait.  With 136 linking root domains, the movie quickly built a buzz around the trailer and the site.

JJ Abrams is the master of creating a buzz online with his viral marketing campaigns.  The extra effort he puts forward generates blog posts, discussions, links and most importantly fans.

P.S. While I didn’t touch of it, this case study on Cloverfield shows the incredible reach and success a viral marketing campaign can have on a business.