How I Used SEO to Try and Trade Carlos Boozer

Carlos Boozer is obnoxious. He’s a nuisance to what the Chicago Bulls are trying to accomplish, winning an NBA championship.

Boozer, the 2010 free agent from the Utah Jazz, was supposed to be the dominant low post presence the Bulls needed to pair up with their blooming superstar Derrick Rose.

However, he has been anything but that. He’s a defensive liability, weak in the post and settles for the outside jump shot instead of taking it strong to the hoop. Now with Rose out, recovering from a torn ACL, Boozer’s glaring problems are now even more magnified.

Too often Boozer is sitting on the bench at the end of the game. Not something you want to see from supposedly your second best player. And earlier in the month, in a game against the Minnesota Timberwolves, Boozer scored two measly points in 27 minutes against a very average team at best. I had had enough.

I may have had one or 12 too many beers at the time, but I thought it was my duty for Bulls fans everywhere to let management know it was time for Carlos Boozer to go. So this is how I used my amazing SEO skills to try and trade Carlos Boozer.

First thing’s first, I needed a legitimate way to get Carlos Boozer off the team.  This was going to take some time and research to come up with a trade that would benefit both teams.

So I went to ESPN’s NBA Trade Machine — which is an excellent piece of linkbait BTW — and started playing around with different trade scenarios.  It was nearly impossible to get rid of Boozer’s contract and get something decent in return.  Until I got to the Portland Trailblazers.

LaMarcus Aldridge is exactly the player the Bulls need.  He is an All-Star with a real inside out game.  A perfect player to put alongside Rose in the pick-n-roll and would allow Noah to get back to what he does best, defense and rebounding.

Although, the Blazers would never do that trade straight up.  So after locking up Taj Gibson to a long-term affordable contract, it made sense to include him to replace Aldridge.  The Bulls also have another very lucrative trade piece, a protected Charlotte Bobcats draft pick they could trade. And with the Bobcats having to signs of improving any time soon, its sure to be a high lottery pick.

So after letting Aldridge go in a draft night trade, its about time the Bulls right that wrong.  I now had some high-quality content to offer. 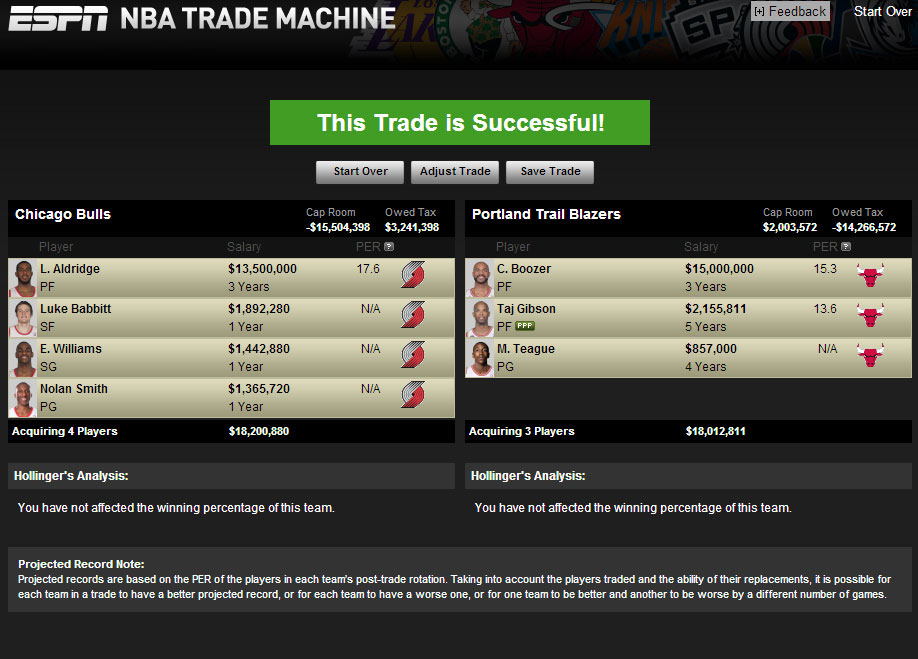 Now I have loved learning the ins and outs of SEO over the last year and while on-page ranking factors are important I believe that link building is essential to long term success.

Link building is the act of reaching out to others and building relationships in hopes that they find you to be a credible source of information and will share your content and link back to you.

This is always not as easy as it seems.  However, there are quite a few useful tools some of the great minds of SEO have created to help us find those people and such blogs.

The easiest way to make this trade happen would be to try and contact the man in charge, John Paxson, the Vice President of Basketball Operations for the Chicago Bulls.  A quick Google search led me to his page on the Bulls Official website, but no contact information (also very out of date).

Then I turned to Followerwonk searching through bios hoping to find him on Twitter.  I used keywords like “John Paxson”, “GM Bulls”, VP Bulls” and others trying to find any sign of him.  No social presence (I would hide too if that was the team I put together).

The next best solution was to draw enough attention to the issue at hand that something would eventually get done.  Much like the Kony 2012 Invisible Children campaign earlier this year. 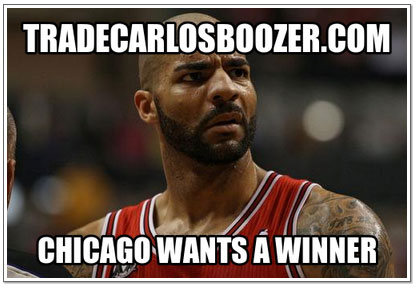 I quickly registered tradecarlosboozer.com.  Along with my own content, users could submit and share their own trades and comments. A petition formed as well where visitors could sign in support of trading Chicago’s garbage big man.

Next was a vigorous guest post campaign.  I enlisted help from some of my friends who were knowledgeable basketball fans and big Carlos Boozer haters and began posting on the popular Chicago sports blogs and actively ranted on the fan forums.

Quora was a great outlet to gain followers by posing questions like ‘what players would best help the Bulls win a championship’ and ‘which one would fans most like to see go’.  That and answering questions to any relevant post that would support our theory and allowed us to  back it up with our content.  Quora also gave us new ideas and insights that we could share on our own blog.

However there is no bigger outlet to get the word out to the passionate fans of Chicago than the local papers.  I found the email addresses of the Bulls beat reporters and columnists, submitted my pitch surrounding the buzz that was being created around our new site.  Even wrote a letter to the editor with my initial trade proposal and why it would work.

Everything we did was to raise awareness about Boozer’s suckiness and bring relevant traffic to the site (maybe even Paxson himself).

After the Buzz Wore Off

Granted none of that actually happened because it was really just a drunken conversation between friends and my hangover killed any motivation, although those were all the ideas thrown around after the game sitting at the bar.  While I was the only at the table with any SEO knowledge it goes to show that anyone can do it.  Its not even SEO per se.  A good idea, plan of attack and execution will hopefully gain a natural buzz if you market it well and build the right relationships (don’t kill me with that term, 1000 words in and I don’t want to try and think of a clever synonym…you get the idea).