That one phrase has two separate meanings when it comes to Roger Clemens baseball career.

The obvious one is from what he did on the mound.  Clemens was one of, if not the best, strike out pitchers of his generation.  This is how he would have liked to be remembered.

However, in the eyes of most baseball enthusiasts the three strikes were the chances he had to either…

The evidence against him is pretty strong.  Clemens was named in the famous Mitchell Report, his teammates have admitted to using and even his former Yankee trainer, Brian McNamee confessed to injecting him.

What he’s said doesn’t matter anymore.  People have made up their minds.  They have put the pieces together and even if Clemens still hasn’t yet come forward and said it, he’s OUT of Cooperstown.

MLB and the commissioner, Bud Selig, have been fighting hard against steroids in baseball.  They have better testing, test more often and have harsh penalties for those who break the rules.

Why are steroids such a big issue in sports and baseball in particular?  Steroids allow players to cheat the system and see results faster than putting in the hard work.  Sound familiar?

The same parallel can be drawn with what some call ‘black hat’ SEO and exactly what Google and the Web Spam team have been trying to eliminate.

Some SEOs discovered how to manipulate the system and instead of creating shareworthy content and doing real company shit, they used free web directories, spun articles and stuffed their pages full of keywords.

This gave their sites an advantage with the search engines and allowed them to move up the rankings quickly.

In comes Matt Cutts, playing the role of commissioner.  He and his team have conducted their own investigation on the web, pointed out the cheaters, tweaked their system, and once again put everyone back on an even playing field.

The worst offenders have been given a manual penalty.   A suspension of sorts, asking webmasters to clean up their inorganic links before Google even reconsiders them.

Others that haven’t truly been following the guidelines set before them have seen their performance drop.  This is through testing and better algorithms.  Enter Panda, Penguin, EMD, so on and so forth.  These changes may affect entire sites or just certain keywords depending on which shady tactic they decided to take a part in.

Those changes sites can recover from without submitting a reconsideration request, but may not see the same rankings and traffic they did previously.  Similarly to those baseballs players who were one hit wonders on steroids, but came back down to Earth after they were off the juice. 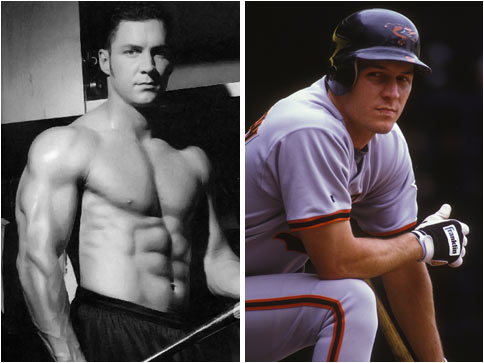 The lesson here is simple.  We all may want an extra couple miles per hour on our fastball, and as tempted as it may be (I’m sure most of us would do even more for the chance of millions of dollars) doing something illegal to push us over will only work for so long.  the rules aren’t meant to be broken, they are put in place for a reason.  It takes a little bit of God given talent, a lot of hard work and dedication to get to the top, whether it’s in baseball or the rankings.  Don’t spoil it by doing something that will hurt you later on.

A LITTLE SOMETHING EXTRA

Livestrong is a perfect example of how #RCS can overcome cheaters.

While, in my opinion, Lance Armstrong should be praised for making it cool to ride you bike after 16 years old (sorry to my fellow SEOs that find it enjoyable) his image has forever been tarnished by steriods and his recent assclownery (yeah, I just made that up but it feels right).

He was the face of the Livestrong campaign for years.  His battle with cancer and amazing reign atop the cycling world gave the organization legs, but #RCS is what will allow it LIVE ON while Armstrong continues to fall from grace.

Livestrong built their brand the right way and are no longer living (I should really stop using that pun but I really got to finish this post) in the shadows of Armstrong.  I continue to wear my yellow bracelet proudly because of what they stand for, not because of a dude on a bike.