The Dangers of Outsourcing

**This is a true story about outsourcing.  This was not my idea, but a mess that I had to clean up **

One of the more necessary evils for startup companies is the ability to outsource work to others that are willing to take on some of the more mundane tasks while others can continue to look at the big picture.

This has become very popular with online businesses.  Whether it’s a blog, eCommerce store or website, very few people and teams have all the required skills, or time for that matter, to do everything it takes to be successful in the virtual world.

Some of the more popular requests from employers are SEO, coding, content writing, and/or graphic design.  Websites like oDesk, Elance, Guru and PeoplePerHour do a terrific job building communities for contractors and freelancers to meet and complete projects.

These sites allow employers to post jobs, review applicants, discuss price, monitor their work and the site takes care of the payment and the tax information for them at the end of the year.

While it sounds all well and good, there are some dangers when outsourcing jobs online.  Much like the online dating community, your first impression is solely based on a profile picture or avatar and small biograph, hoping it isnt another one of Chris Hansen’s stings

There is a definite risk when putting someone in charge of a task for your business that you hardly know even speaks English.  Some take extreme caution and others have enough trust in people that they will do their job honestly.

We at Blue Soda Promo have had the unfortunate duty of having to take the leap of faith with freelancers in order to get what we need to get accomplished around the office.  The results have varied with some being excellent employees while others that have slipped through the cracks.

Because we made a mistake or two over the past couple of years, I thought we would have some fun with it and share some of the funnier ones with you as a warning of what could happen. 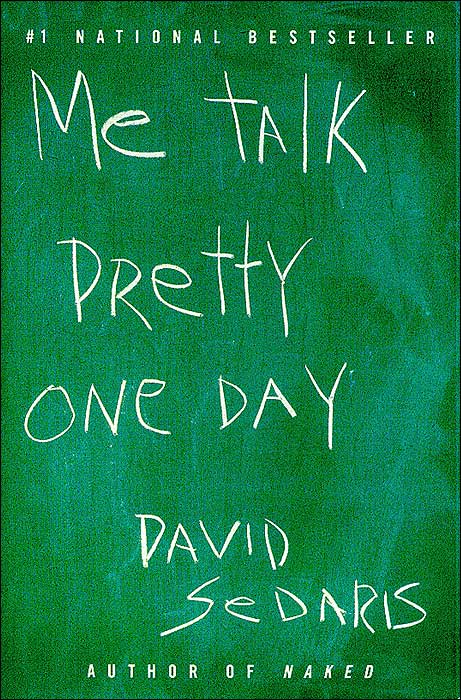 Blue Soda Promo is an online promotional products company.  We sell everything from some pretty sweet sunglasses, hats, stress balls, koozies, coffee mugs, polo shirts, the list goes on and on and we imprint them customers company’s logos.  Basically whatever you want to put on a piece of merchandise we will try our best to help you out.

In order to help customers feel more comfortable buying certain products and in effort to do some internal linking within our site, we contracted a team of people to write short 250-300 word articles about the benefits of these products and how they could help promote their business.

The majority of the articles were what we paid for.  Half way decent, a spelling error here or there, but the meat of what we wanted to accomplish was there (we later got rid of them because of Panda).  But there was one person who really shit the bed when trying to explain the benefits of promotional hats.

The double sized promotional hats also have value. “Most excellent value challenge” companies offer a challenge to the individuals. Every one like high-quality worth, plus when the companies are retailing advertising substances, however uncover the identical kind of Cap  and Hat, abounding in the similar instance edge if it has a lesser value and the companies cannot strike that price  they will give ten to twenty dollars to any aid organization of your choice.

Complete garbage.  The rest of the article was exactly like that.  There isn’t an editor in the world that could save that piece.  I still to this day have no idea what he was trying to say.

Celebrities including the famous musician and actor Ashton KUTCHER in fussy are facilitated in creating the hat more stylish. In newer, several criminal state and famous musical group have used trucker hats on theater and in pictures. Trucker hats are also used by Curler who likes to wear the carious styles of trucker hats and caps.

This person obviously had no idea who Ashton Kutcher was.  I do remember him wearing a trucker hat during his days on PUNK’D and there was a couple musical numbers on That 70’s Show so Ill give that to him, but  who the hell is Curler is.  Maybe he is another famous musician/actor in India.

Caught in the Act

Our company hired a few freelancers to help us boost our social media presence (I would like to state that I would have NEVER done this – but I wasnt the one calling the shots at the time).  The job was simple enough.  Their responsibilities were to like certain categories and products, share our content make it seem like we had a bigger social presence.

In a week’s period of time, we had seen some good results which they were pleased with.  But because we had hired multiple people to take on the task, I needed to double check to make sure everyone was on task while they were on the clock.

oDesk (the outsourcing website we used) allows you to keep tabs on your contracted employee by taking random screenshots of their computer screen and recording the click activity on their mouse and keyboard.

Usually a quick skim through will show you them actively working through the day while they are signed in for the job.  The click rate is high and all the screenshots relate in some form or fashion to the job at hand.  Until we got to this fellow… 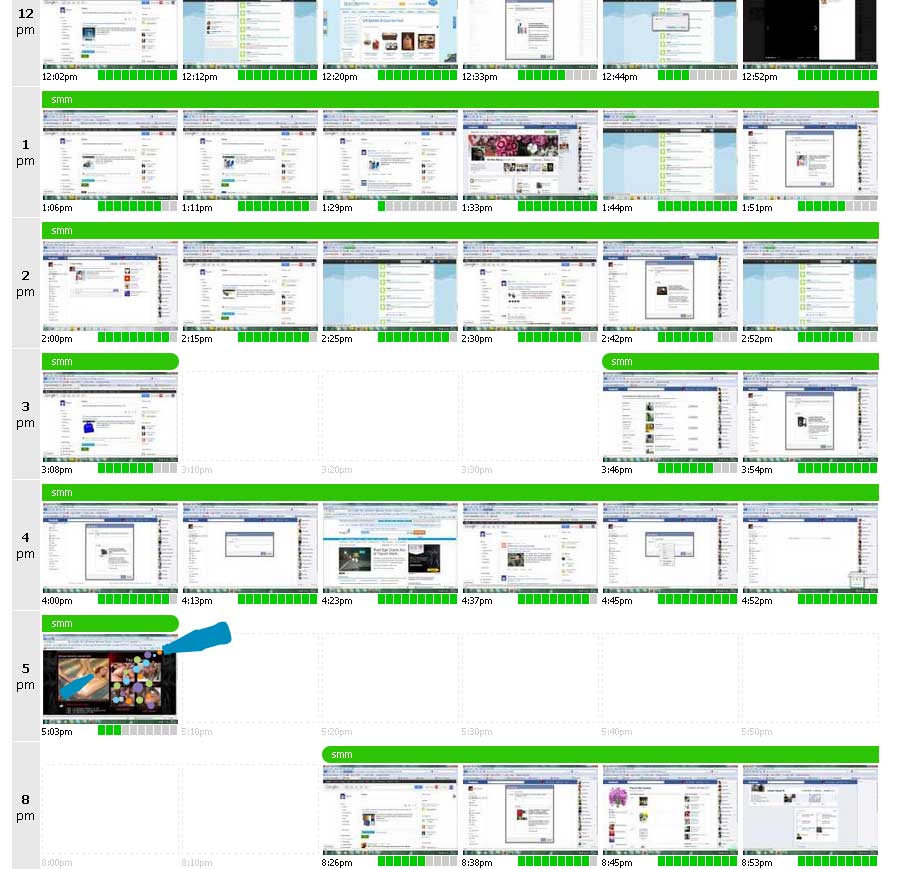 As you can see from the image above, he started work around noon.  Actively clicking through different social media sites and our website until the middle of the 1 o’clock hour where his activity comes to a screeching halt.  There was probably a logic explanation for this.  A quick snack, bathroom break, whatever the case he was back at full force soon after.  We let that slide.

In the 3 o’clock hour he signed off for about a half an hour.  With the laws in this country everyone is entitled a break every once in a while.  Again, completely understandable.

Continue scrolling down to the 5 o’clock hour when BAM!  The image hits you like a ton of bricks.  No longer do you see the bright white screen with the blues from Facebook and Twitter, but a dark background with 50 shades of penis.

That’s not even the most shocking part.  If we break it down further we can see that at 4:52 he was still working, at this point sharing for us on Facebook with a high click rate.   At 5:03 he’s found his niche site and the click through rate has dropped (probably ‘cause he is only using one hand).  And by 5:10 either mom has walked in on him and he had to slam his computer shut or its time for a cigarette and a nap.

That only gave him an 18 minute window from the time he might have stopped working and the time he signed off (remember oDesk takes screenshots at random).  So at least he didn’t try and ‘milk the clock’.

So how do you approach this situation after something like this?  I don’t have any kids and my roommates in college kept their dirty habits to themselves.  Plus I don’t really even like people talking to me while they’re at the next urinal to me.  But something has to be said.

I decided the cool, calm and collective approach and simply ask him what he was doing around 5pm on the date in question.  He had already been wondering why hishours had been cut down to 1 hour (I couldn’t just cut them off completely, had to have a little fun with it).

We figured they would scroll through their history, notice their mistake, maybe relive good times once more, before the shame kicked in, apologized and we could cut ties.  Instead they responded with…

I saw the work diary but I didn’t see anything wrong. please tell me what is my wrong then I’ll be solve and understand about that.

I could only think of one of two possibilities after receiving an email like that.  The first being he didn’t even look at the work history or two, he didn’t think there was anything wrong with this.  The latter doesn’t even seem logical.  How in the world would you think that would be the appropriate time to jerk it.  So that leaves me to believe that they didn’t even make the effort to see their fault.

I let it go on a little longer to still puzzled responses until I finally asked if his mother would approve of his work history.

Hi
I don’t know how I beg apologize from you.I’m in shame. I haven’t any language how I beg to you forgive me. I think that was a great mistake. I didn’t know how that was happen. If I knew then I of course delete that and I understood when you said to me to see the snapshot. I’m honest and I didn’t know anything of that. I think that day I worked with friend circle and someone meantime did it.Believe me I don’t know anything of that.
by the way I’m in shame and I don’t have any languages to request you to keep contract. after all that was my fault if I checked the snapshots then I don’t face this situation . If you want you can end the contract I don’t have any language to say you keep contract cause I’m in shame. But please don’t give me bad feedback.
I think you very very good person if there is anybody without you he/she of course end the contract that day.
again please forgive me.